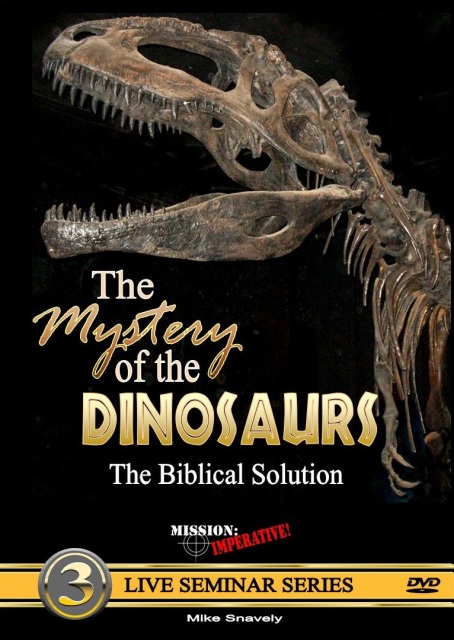 The Mystery of the Dinosaurs *

​Across all age lines, the subject of dinosaurs has captured the imagination of many people.  So has the evolutionary account of their existence.  This is the version that appears in schools, TV programs, books, movies and museums, and is therefore widely accepted – even by many who claim to believe the Scriptures.  It relies on the “millions of years” scenario to explain the mystery of the dinosaurs’ existence and disappearance.

This session presents the alternative – the biblical perspective of these creatures.  It’s quite different than the “accepted norm”!  Starting with general distinctiveness of reptiles, the subject moves on to address the main questions related to the issue of dinosaurs, besides their characteristics:

To answer these and other questions, a time line is used.  Specific points along the way are explained and backed with scriptural references, making the issue very understandable, and clearing up the “mystery”.  Having been reared in rural South Africa and having worked in a game reserve for the South African National Parks Service, Mike Snavely has some unique perspectives on certain animals.  Drawing from some of his many observations there, he also explains what’s really going on in Job 40 & 41, as opposed to the footnotes that appear in many Bibles in these chapters.

The Bible truly provides the solution to the “mystery of the dinosaurs”.

Watch a 3-minute YouTube demo clip highlighting portions of this session below...