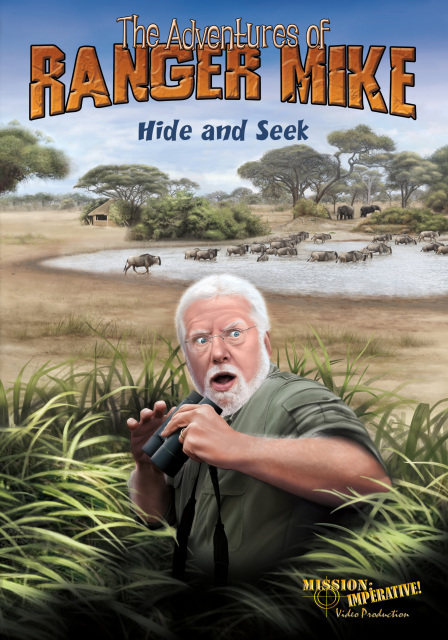 Something’s there!  Lurking in the shadows!  What is it?!...

Ranger Mike has quite a day in front of him!  After taking part in the capture of some dangerous poachers, he discovers that there’s another danger lurking somewhere in the bush – a “monster”!  What could it be?

Join Ranger Mike in South Africa as he plays an unusual game of “hide and seek”, some of it in a special structure where animals can’t see him.  While trying to solve the mystery of the elusive “monster”, he shows you all sorts of secret wonders of God’s creation – animals that hide from each other, and for very good reasons!

As you watch animals, you can’t help being fascinated with their beauty and the things they can do!  Learn about God’s design from nature itself!  But, watch out for “LEVEL THREE”!  There are people who don’t want you asking too many questions!