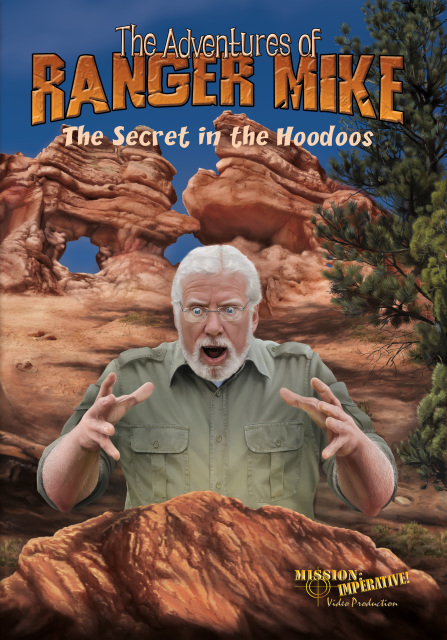 The Secret in the Hoodoos*

It’s been a long journey, but Ranger Mike is finally in the secret spot waiting for sunrise, which should reveal the final clue to the mystery...

He is on a treasure hunt!  The clues began with an old map and the story of a bank robbery that took place long ago.  But many of the clues just didn’t make sense, forcing him to explore many breathtaking landmarks in Utah as he tries to unravel the secrets of the mysterious map.

You will see some spectacular sites in the area, and learn how they were actually formed.  See some of the strange creatures that live in this part of the world, and how God has made them so unique.  Watch out, though!  As usual, “LEVEL THREE” is always lurking because there are those who don’t want you to know the truth as revealed in the Bible!

Is the old map real, or just a “red herring”? Join Ranger Mike on his special quest as he tries to find out. Can the treasure actually be found?  And what is real treasure in God’s eyes?